Waiting for the group to settle into the open yet secured comfort of the enclosed gazebo, Biella considered her Sharing of the Young Man. Outside, from every angle, a wild day sought to penetrate their cozy connectivity. “I’m telling a story of a story being told. My intent, our Intent, is to connect to the Young Man, to know him and his life. He strove to write via conversation, to actively Share through direct connection, especially if he felt invited and his efforts contributed to another in some way. He needed that justification of his actions, some leverage via Attunement to rationales of More. He could not Share himself simply for reasons which would solely be his own.”

“Where’s the however?” Ursula pre-empted with a cheeky grin.

“Let me guess,” Nora extrapolated, “We’re about to, possibly or potentially, side-step into Moreness.”

“Just so,” Biella maintained her Sober mood, “I’ve debated extensively on the inclusion of such additions to our Story we are telling of the Young Man. Do I interrupt his Sharing of the YYM’s story, as he himself did, or do I exercise my edit perspective?”

“What do we not only want, but also desire?” Hrmumpt queried, implying a substantial differentiation.

“I want the continuation of the YYM Story,” Aki voted without commitment.

Ursula extended Aki and Hrmumpt, “I desire to *know* the Young Man, as well as his life.”

“Yes,” Biella nodded seriously. “We have a greater purpose, we wish to know all of him. *How* he told his story, the larger context of that how is hugely significant, revealing his deep underlying motivations, wants and desires, which, as we shall see, were not constrained by self-satisfactions or ambition, but by the Appropriateness of his Attunement. He would happily set aside, but not forget a direction, to attend the needs of the moment. His needs always were subservient, or, he would likely have said, he had long since ceased to feel personal need.”

“I feel Nora’s however lurking closer, I too wish to uncover that implied but,” Caljun said.

“As long as you leave yours covered,” Marko teased, confusing Caljun momentarily as he connected figuratively, not a mindset he possessed.

“Haha, my arse is secure thanks.” Caljun had ensconced himself into a deep enveloping seating cocoon, leaving only his head, with rampant grin, exposed for interaction.

Biella paced briefly before explaining, “Indeed, the Young Man felt subtle pressure of material circumstance. His commitment to Attunement perpetually placed him on paths unconnected, seemingly, to financial remunerations. He was always happy to do and do, to assist and provide value completely without any reward. Recompense, or any reward for that matter, never a factor in his motivations. He felt he didn’t really have any wants or desires which were purely personal, he simply acted according to Force-of-Circumstance, and how such pressures enacted his responses to life, as he definitely saw himself as constantly Responding.”

Biella paused briefly before coming to the now-emerging however, “But, his Awareness of the greater-picture also made him cognisant of larger projects he had been set upon, such as the Sharing of himself. He regarded telling his personal story as a mechanism for communicating his allness, his overall Way-of-Being, and all its constituent elements he had so assiduously constructed and brought together in his Cohesiveness-of-Perspective-and-Understanding. He felt he was being pressured to Share his Philosophy, even though he had compiled his detailed, extensive, and to him, complete, Structure-For-Living purely for his own ends.”

“Never, in all his efforts, did he have any thought of making his perceptions and Understandings public, much less doing so *for* others. A leftover from that early comprehension for the necessity of private and public-self. Not to mention the implied presumption he would have considered such a motivation. But, he had come to see Attunement pressures, and when combined with financial needs, reluctantly came to see how he was being steered to BE in ways which he had otherwise regarded as untenable. But, again, which he realised would extend him as a person, despite his gross reluctance to venture down such paths. A difficult reconciliation for him. His innate willingness to assist and contribute conflicting with his financial needs, the pursuit of which always conflicted with his Attunement. He always had to rely on Trust when it came to his material circumstances. A mystery to him. He felt, at that stage in his life, he was missing something when it came to leveraging himself financially. Somehow, he Understood, that connectivity would come from outside himself, he could only Share and Share, and continue to Trust outside, and others, would make the connections and provide the necessary requests which would take care of that peculiarly absent financial component in his life.” Biella left off, checking for comments before resuming their story.

Ursula self-clarified, “You’re saying the Young Man thus made his efforts to finish his projects and to pursue digressions because of these various pressures-of-circumstance?”

“Yes, his entire Way-of-Being made asking for recompense a near impossibility, and I suspect few perceived or knew he was available to offer services they would have been glad to pay him for. An unusual situation. Let’s observe how he dealt with external pressures which leveraged his Attunement, and the Way-of-Being he had worked so hard to acquire.”

“I wish I could have helped him,” Aki sighed, “Seems to me, and I’m reluctant to use the word he saw as so deleterious, but feels like he “should” have been in an environment where he did not have to be concerned with financial and material concerns. He seemed to always have way way more to get out than he had time for.”

“Just so Aki. I suspect we all feel this way. Let’s continue… L rejoins the YM after he had resumed writing early that morning.” 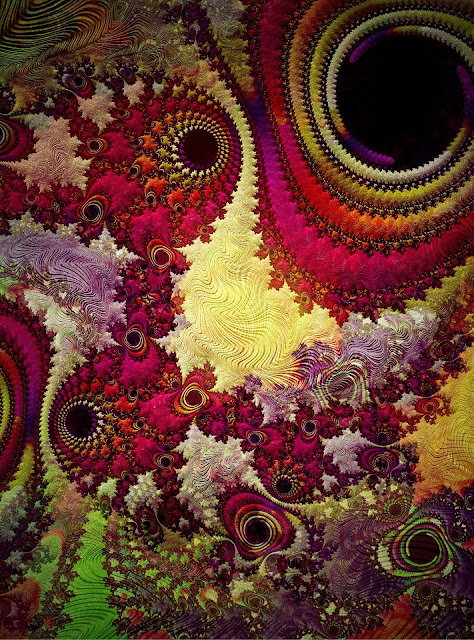 The Young Man: – I hope I did not disrupt you yesterday. And hope I don’t today. Yes cool, you work, I write. Just knowing you are there, connected on the gridwork and that you’re likely to pop in occasionally is more than a Giant Gift for me. 🙂 <3 <3

L: – “ 🙂 <3
Just one thing … and sorry to break your focus, really but… remind me again how to centre when there is a disturbance in the force?”

The Young Man: – Never ever do you disturb. You only *ADD* focus.

For me, I start through Immersion in what is Good and Positive. To Zoom out and see the Overview where I *know* it is ALL Good in the long run. I focus on Trust, Trusting in *Knowing* it’s all good. Trusting it Makes Sense somehow, even though I cannot in that moment see how.

L: – “The things I have used all along in my spiritual life to zoom out and feel good, have faces and names… I feel so lost in trying to focus in a new way … do you meditate?
Never mind… see I have only shifted my focus from ‘their way’ to ‘your way!’ UGH.”

The Young Man: – And also… Saying *Hello World* in that special way I do. It’s a very specific reaching out to the World. An intimate connecting. In times like that I whisper my Hello. A profound reverential whisper. A whisper of Grace. A whisper of the most intimate connecting, A whisper of Embrace. A whisper of bringing all of the World’s Love and Goodness deep deep into my Heart and Being. That *Hello World* is a merging with that energy. And, when one is intertwined thus with the World, as it’s our True Lover, nothing can affect us, for we draw on the Power of the Goodness of the World for our spiritual nourishment.

The Young Man: – Yes! Develop *Your* way. The L Way. Doesn’t matter if it’s composed of elements of other paths, or even if someone else’s entirely. As long as you fully make it your own, it becomes *your* power. That’s the key. To fully explore, figure out, and examine every aspect of the possibilities and *only* adopt and incorporate once you’re fully satisfied a Way-of-Being is now yours.

KK <3 I’m on an energy re-building pause atm, so all good.

The Young Man: – Which way do you mean?

L: – “’Examine every aspect of the possibilities and *only* adopt and incorporate once you’re fully satisfied…’”

The Young Man: – Ah. How do you bring about new ways into yourself?
Most interesting. 🙂 <3
But later if you want, np. <3

L: – “I’ve always looked to the writings of others and what felt “right.””

The Young Man: – Deep down it’s the same thing. The deciding what’s right is just the intuitive way of doing the same thing really.
But at some point *you* have to be the authority. In the end you are the final decider. 🙂 <3

L: – “Right now I seem stuck with a vision in my head… something from dream. Scary.”

The Young Man: – Like this, to quote you L: “It’s like, all the “schools of thought” out there… all the Storylines and “follow me” paths to awareness… ALL of them… ALL of them are traps!!!!! They are the traps of the World that continue to draw us in until we get it that we, and we alone, are the Path … that only thru the U and our own awareness in the moment, can we find OUR path …

If you follow anyone else, you’ll just end up in their house.

They are ALL an endless merry-go-round… until we get it… that is their purpose, to show us the way… like all other karmic lessons… .but a bigger one… a huge one.
<3
This is the Lesson that UNPLUGS one from the “Matrix””

That’s so excellent what you said L. 🙂 Ah – on scary. Usually it’s just a Perspective. Shift the Perspective and scary vanishes. What does an Energy Being have to be afraid of? Nothing.
Keen to hear about dream.

The easiest way to get rid of scary and return to centre is to *Resolve.* Be the Life-Detective.
Resolution is always a way to centre.

L: – “I will find a way through intent of the moment to shift perspective.”

The Young Man: – Whatever’s at hand, whatever works. it’s all just Appropriateness.
<3 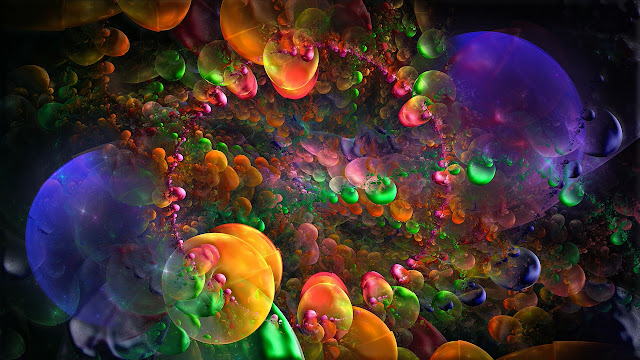