Chapter 1 – The Day The Light-Bulb Exploded
“The Young Man had been chatting with a friend,” Biella explained, “part of a months-long Extended Conversation, some of it lost. We pick up the story in the middle somewhere. The Young Man once commented there were no starts to his stories. Wherever started, one had to accept something came before. He said the starts to his stories had to be endured, as they soon became clear. One just had to stick around for a bit.”
Biella grinned, enjoying the mystery she was setting. “… and so it is here.” Biella smiled fondly, she loved this recounting. about as complete as could be when it came to the Young Man. “Actually the story is of the Young Young Man, *and* of the Young Boy.”
“Bonus!!” said Ursula, “I’m assuming those terms he himself used, yes?”
“Yes indeed. They mark distinct phases of his life. We start right in the thick of an interaction, somewhat of a lead up before we get to the younger stories. Okay, are you all ready?” Receiving unanimous confirming nods she said, “Right, good, here goes:
The Young Man was saying, ‘… Okay now a story concerning this is needed, lol.
So….
‘So as You know, at the end of my Grand Reading Project, of reading all the classics in Religion, Philosophy, and Literature, it all culminated in the U bringing Carlos to me.
And it was like just exactly what I had been Intending…’”
Biella sent a link to everyone in the group: Reading Story, with a note: ‘Details of the Reading Story written separately by him at another date.’
“The Young Man had continued: ‘I had set to work reading all of Carlos, with my red pen very very busy. At that time his books weren’t all published yet either. I pulled all of those red pen parts and wrote them into a huge notebook, hardcover. this was just before computers. Then I arranged my extracts and drew that first primitive info-graphic…’”
L: – “Wow!”
The Young Man: – ‘This was before my Heart and I had the restaurant, but later I bought a computer for it, and, spreadsheets! What a miracle they were. You probably remember maybe also when they first appeared, so revolutionary. Fantastic stuff.’
L: – “Haha yeah, I like em.”
The Young Man: – ‘I took all my underlined parts, was a lot, more than one book’s worth, and typed it all into a spreadsheet. Lol, no scanners yet,’
L: – “…”
The Young Man: – ‘Then, as I typed all that in, I put the page numbers in a column, I also added tags, ha, long before tags. But to me they were categories, headings or groupings. Like say all the parts I had underlined concerning *Dreaming.*
I wanted to be able to sort them into different concepts, so I could have all the pulls on a topic in one place. Some went into multiple sections. I arranged and sorted it all, with three different main formats. Lol. I must have read those books a dozen times each, the first eight.’
L: – “Wow! That’s how it all started!”
The Young Man: – ‘Well no. It all started The Day the Light-bulb Exploded. This is the tail end. I’ll get to that story in a bit.
One main format was: The Warrior’s Way – all the pulls in the same order as the books. Then I had another book with the same pulls, but arranged by topic. Like Dreaming, Death as an Adviser, Erasing Personal History, etc. arranged under subheadings. Much as DJ had grouped many of them. Like, Assuming Personal Responsibility, Eliminating Self-Importance, and using Death as an Adviser he said were all techniques for Erasing Personal History. There were also three others.
But anyway. Erasing Personal History was one of a few techniques all geared to Stopping the Internal Dialogue. I arranged all these under those main headings for the topics book. Or that was the final result. And remember, this is coming after the great reading project. So not discovery anymore, but Manifestation!’
L: – “This sounds like how the philosophy started to materialise. Yes manifest, haha.” 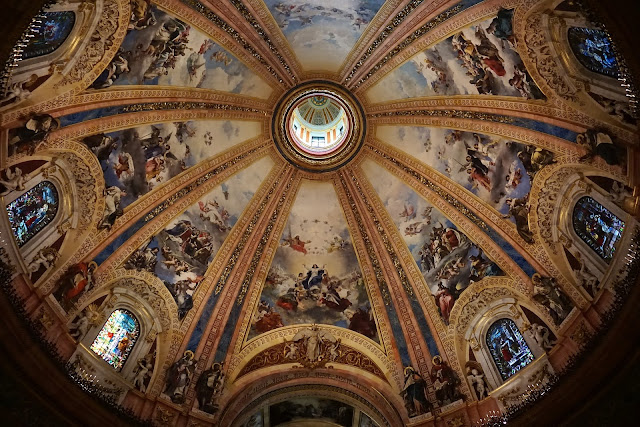 The Young Man: – ‘Ah no – this I have to emphasise, that’s what I am trying to say. The Philosophy was in place long before Carlos. Before the Grand Reading Project also. But of course I did not have the Perspective to fully see, or realise this.
Manifestation yes. That’s what it was to me, fantastic. I had accumulated so so so much before I even started that great books campaign. From my own field studies, from my intense Thinking-It-Through-To-The-End sessions. Haha, I couldn’t even then leave any idea alone until I had figured it out. An intense something for an already intense and earnest person who also happened to be a teenager. 🙂
The Gift of Carlos, was not only everything I had red-lined throughout all the reading project, but also all my own material, nicely together in one place, and, the critical part, in great language!!!
This was key. None of the concepts in Carlos were new, which surprises most people who know his work, especially those who are into it. But all his stuff was around before him, just all spread out. That’s exactly what I had encountered in my reading project. No one had it all nice and contained. I had recognised most of what’s in Carlos, from the reading, but mostly from myself, however, his arrangement was cohesive, a huge important difference. Or at least DJ had it all together.
Haha there’s actually a “debunker” of Carlos who wrote a book specifically showing where else all the concepts are found from others. Richard B something if I remember correctly.
What’s so awesome for me with Carlos, was not the originality of the philosophy, because it isn’t in its individual aspects, but that it was all nicely and more or less coherently in one place. However also not the most exciting part, it was the language…
I have to back up a bit here….
From the Day the Light-Bulb Exploded, that’s the day the philosophy started. *My* Philosophy. That was a day I consciously and deliberately began a Pursuit of Perfection. *MY* definition of Perfection. This defining the very first act of Philosophising I undertook deliberately. Right on that very day. That’s when it all started…
Continued in Part 2: https://is.gd/I31Iov
#TheYoungMan #BiellaSeries #DayTheLightBulbExploded #SelfDiscovery #PersonalPhilosophy