During a pause in the Council proceedings and Discussion, Apollo and Dionysus approached Jesus and Mercury, “Umm,” began Dionysus ungloriously, “Would going along with the two of you’s plan not
try to change what already is set to be? You may as well try to change Sisyphus’s fate.”
“Funny you should mention Sis,” grinned Mercury irreverently. Apollo frowned deeply, recognising that twinkle, knowing its implied portent.
“Merope,” Mercury began mysteriously.
“What about her?” Apollo frowned further. “How does Sisyphus’ wife factor into matters? Why did she leave her place as one of the Pleiades, one would think that to
be a great position of honour and glory up in the heavens like that?”
“No one knows…” attempted Dionysus, but seeing the looks from Jesus and Mercury, faltered. Now he too frowned. “What have you two been about?” 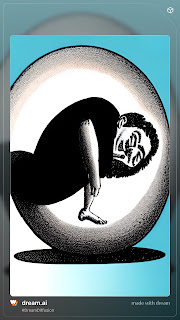 Mercury grinned even more, “First, a bit of Perspective. Merope, unjustly orphaned because of unjust conniving, received the benefits of a significantly enhanced education from Artemis, Hera and Athena, including ‘more than human wisdom’ because they took pity on Merope and her sister. They
also interceded with Zeus to arrange good marriages for the sisters, which, in Merope’s case, meant marriage to Sisyphus.”

Jesus picked up the story, “Later however, the sisters were made to suffer vicariously for their father’s or protectors’ crimes, depending on who was ultimately responsible. One thing is clear, it was NOT the sisters. Sisyphus was indeed a good marriage for Merope, as he too was known for wisdom, at least initially, and also cleverness, which was later distorted by his enemies to cunning and then further into thievery and criminality.” Jesus sighed sadly.
“Sisyphus was indeed most cunning and clever and even went so far as to use his cunning and cleverness on the gods themselves, showing himself to be cleverer
than they. This of course could not be tolerated by the monstrous egos and self-importance of old, and thus we come to the most incredible and horrendous ‘punishment’ of Sisyphus, whose actual crimes weren’t really crimes at all. A most most unjust circumstance. One that could not be left so.”
“Jesus prevailed on me to visit both Sisyphus and Merope, who had gone into seclusion in protest and sorrow of the unjust treatment of her beloved Sisyphus. 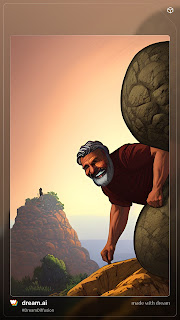 First, I persuaded Sisyphus to follow our recommendation, that, since he had eternity at his disposal, to re-purpose his activities. Instead of hating
the task, to come to LOVE his endeavours as the most wonderful and fulfilling activity ever. Since our behaviours
can so be trained with sufficient motivation, time, and emphasis, all of which Sisyphus had in abundance, including no choice really, all he needed was the idea to do so. We thus provided him
with this idea.

Mercury almost smirked, “An idea which greatly appealed to his intelligence and deeply satisfied
his cunning. I can still hear his fiendish grin. ‘I would have thought of this in time,’ he had said.”
“Keep in mind the specifics of his ‘punishment.’ It was simply to not be able to roll the boulder over the hill. It was assumed this would be a terrible punishment. That assumption is based on the psychology of the punishers, as it would be so to them, but was not specifically specified to be so. Just the task to roll the boulder over the hill and not being able to do so as it would roll down again as it neared the top where it became heavier and heavier.” 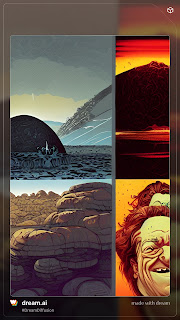 Returning to the story Biella picked up on a comment by Mercury, “We considered other options for the relief of Sisyphus, like wearing down of the hill over time where eventually it would be flat and the boulder would be unable to roll back down and since there’d be no up, there would be no progressive increase in weight. However there would also be no down, and since that was the task, to roll the boulder down the other side, this would not serve to satisfy the letter of the law as it applied in his case. Our solution satisfied everything.
It was not actually stated in the decree that he had to suffer, that was merely assumed. We thus transformed a disadvantage into an advantage. A profound Strategy we Learned from The Philosopher.”
“But,” said Jesus, “We still had to consider Merope’s situation. She was also suffering, again, unjustly, as a result of all this. Even though Sisyphus was now happy and in Joy, still, their Love was unrequited. 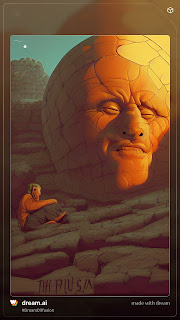 The resolution lay in the boulder, no ordinary boulder, but one created by the magic of Zeus as part of his iniquity when it came to the abduction of Aegina.
Being a non-ordinary boulder, and thus subject to change, we suggested to Merope that she too could transform into this boulder. Which she did. We did not inquire or seek to know just exactly what this involved, all we know is that Merope and Sisyphus are forever together and in a way which honours their deep and abiding Love.” Jesus smiled that deep deep Loving smile of his.

“WELL,” said Apollo and Dionysus in unison, both shocked and relieved and somewhat shaken by this new Understanding, that the inevitable is not necessarily inevitable.

Excerpted from: The Council of the Gods