Jones on the Pinnacle of Writing

I wrote a previous story about Jones, A multi-sex, multi-brain alien who’s sent to earth, taking over a human body. Well, as part of the disguise, they figure to be an author, since authors can say crazy stuff and get away with it.

Anyway, that was in the first story. But, on going back home, Jones, while in hospital, recovering, reflects on their ordeal. Jones is disgusted with Earth’s conception of “Author” and of writing skills. On Vaginus, the home planet, Jones is a consummate bureaucrat. 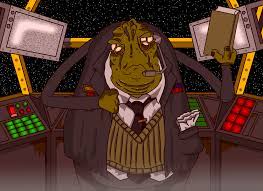 Scoffing with all their brains, and a good many orifices for good measure, Jones is vexed by the Earthling’s hierarchy of writers. At the top seems to be the “literary fiction” writer.” ) Jones loves air-quoting, an affectation they picked up on earth. but, now being able to importune them with all thirty-three of their digits, their joy is amplified.) Continuing down throw the list, fiction, non-fiction, screenwriting, humour children;”s etc. Jones becomes more and more incensed at the utter folly and ridiculousness of humans.

“Ugh, I just want to go and eat them all right now!!!” Jones expostulates vehemently.

“Nowhere in this absurd schemata are Report Writers mentioned!!! The very pinnacle of writing is completely missing!!!” (Jones also has developed an inordinate fondness for exclamation marks!!!) At first Jones thinks the omission is some deliberate slight on them. An exceedingly well crafted, (if cruel) joke. But, they have witnessed the savagery of lethal passive-aggressivity from humans first hand. [See: “Writing” Callenge.]

No matter how diligently Jones pursues this line of possibility, and their diligence is legendary by earth standards. (Even if it’s by gaming standards) Jones cannot find any evidence to support their hypothesis. Drawing upon one of their heroes, the first Archeaucrat, Herlock, they use one their famous dictums, which seems to have been psychically channelled by one of earth’s spiritualists: “We have to implement the probable, when the impossible has been eliminated, no matter how unpleasant the masses might find this administering.”

Forced to conclude idiot humans have the hierarchy all wrong. Jones sets about remedying this travesty. “First, these “writers” – what does their writing affect? How does it matter? They write, and some may or may not read what they write. They have no way of knowing. How preposterous to regard this as being writing of import.”

“But!!! The Report Writer knows *precisely* who they are writing for. The need to be precise, to attune to that exact audience is extreme. When that audience is, say, the Supreme Autocrat,.” (Here Jones knowingly employs one of their writing skills, which is to subtly imply to those who don’t know Jones’ exact status, that Jones is one of those Writing Reports for the Supreme Autocrat. A clever leveraging of their status. Just the thing to get them noticed. Jones had learned much about importance manipulation on Earth, greatly enhancing their bureaucratic advancement abilities.)
((Jones had also picked up a fondness for parentheses or ‘brackets as they liked to say.))

Jones continues their lecture, “Not only does the report have to be tailored to stroke the intended’s ego in just the right way, but it also has to reflect back favourably on the Report Writer. An exquisitely delicate balance. This is the *EASY* part.”

“Consider now the framework within which that Report is Written. Always the target has limited time. Always the information which needs to be conveyed is more than they have time to properly assimilate. What skill needed to convey the complex to the simple?!” (Oops, Jones strayed somewhat inside their immersion, meaning to say: ‘…convey the complex simply,’ an unflattering implication. But their opinion of the current Archeaucrat has leeched into their writing. An unforgivable sin, however since Jones is writing to Earth, happily this glaring flaw goes unnoticed.) 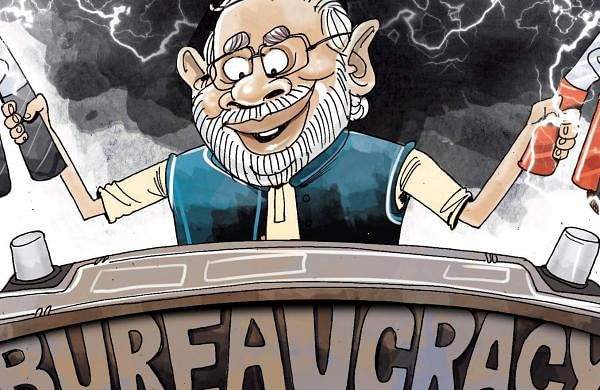 “That’s still not the most difficult aspect. We come now to the *What* of the report. matters generally of supreme import, otherwise why would a report be needed? The Report Writer is thus the source of Decisions. Some would say, (the some here being lesser bureaucrats) that it’s really the Report Writers who Rule. Inevitably decisions are based on a Report. Well, actually *Always.* No crat worth their ink would ever make the gross mistake of not having a report to source their decision. Who would they blame if things went wrong?”
“Here we encounter the supreme skill of the Report Writer. Facts. Pshaw!!!! Facts are variable, everyone knows that. What matters is Plausibility!!!! One of the Key Concepts of Archeaucracy. The Report Writer has to, with extreme wisdom and foresight, anticipate failure, while of course guaranteeing success. What genius does this not require???”

“One may wonder, yes earthling, that means you. You may wonder if a Report Writer is not only as good as their first “failure?” This would be a good wondering. In earthly short-sighted terms, yes, Report Writers would indeed have high churn. But that’s because of the laughable, mockable, perceptions and understandings of writing hierarchy.”

“The, by way way way far best, and most important and skilful and wonderful and most exalted of all writers is of course the Report Writer. And any Report Writer who has managed to contrive themselves into such a position of power will employ their considerable skills to ensure that in the event of calamity, which is ofc *never* unforeseen, the Report would have been written in such a way that not only will it allow the user of the Report to avoid any blame of any kind, but the Report Writer likewise will be exempt.”

“How? How, you should ask, is this possible? Here we come to skills undreamed of by, ugh, what you call “”writers.”” It’s all in how exactly the facts are presented. their sourcing, and the chain of events which leads to their acceptance and usage. Their guaranteed fail-safe: Extreme Bad Luck!!!  Our master Report Writer sets matters up in such a matter, that if there is an investigation, it will always end up pointing to some highly improbable confluence of events which just happens to come about, and which no highly intelligent reasonable sentient could have possibly magically forseen.”

“Can you even imagine the skill needed to accomplish such feats?  No, of course not. A rhetorical question!!! DUH!!! There’s a lot more to Report Writing, this is but a brief insight into the Supreme Skill of Report Writing, the very backbone of any (advanced) civilisation.”

“Bonus tip to any ambitious earth-denizen, understand this power, get into the field *NOW*, while you have the edge. Once in, lock it down and learn to write unfavourable, but Utterly Plausible, Reports about your competition, ensuring your immortality.”

(And yes, the apostrophe after the s of Jones is accurate in Jones’ case as they are a plural!!!) 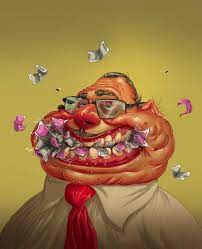