The story related here and the occurrences which took place are a Pivotal Event for me, for my Heart and I. I’ve been asked many times where the Turning Point was for us, and this is it. I’d been pressed to write the story in detail. When I first began, I wrote in the usual first person I, I, I, style which I don’t care for. Makes me uncomfortable, but I was keen to tell the fullness of the story, as requested.

At the time I had not written anything in the third person, nor in the style of this story. It just came. As it is now. Made me happy. Very happy. In this format, I too could enjoy the story. And every time I re-read it, or hear it now, I enjoy it again. Still makes me happy. There’s much Value in it for me. Therein lies the reason for my Stories, the Personal Value.

I believe this is so with the recounting of Memorable Events for anyone. If we do so in detail, we discover much More than we realised we knew. When it comes to Memorable Events, there’s decidedly More to the story. That More we only discover if we re-tell our stories in detail, if we re-tell our Stories to Ourselves in such a way that we like them.

The Gift of Intent

One day, in a faraway land, a Young Man said to his Heart, “I have tried mightily to learn. To acquire wisdom. After all my studies of scriptures, texts, philosophies, literatures and more, I have not found an answer.” 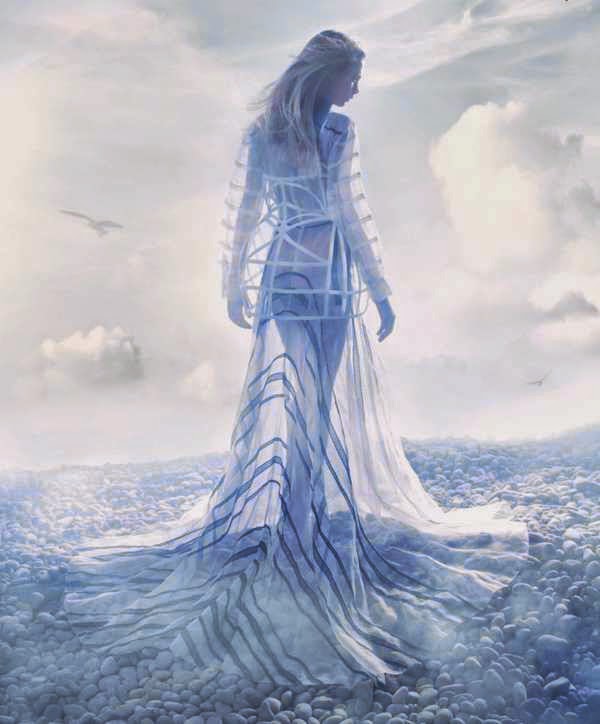 His Heart asked sweetly, “To what question?”
He pondered this, as he had been. Wanting to express himself clearly. This was dear to his soul…
“I want to live right. I want to be sure I am making good decisions. But all the learning in the world cannot ensure my choices are appropriate. In the short-term they seem fine. Longer term it is hard to know. The same with context. I have come to understand clearly my knowledge is limited, and will always be limited.”

He considered his own words carefully. “It is this limitation of knowledge which concerns me. Knowledge is not information, and neither of these are wisdom. The dream of self-wisdom is flawed.”
His Heart understood. She always understood. She waited, keen to hear more. Dreams were delicate, especially when they transitioned. New dreams required tender care. Each was the other’s Dream, now they would be One Dream. 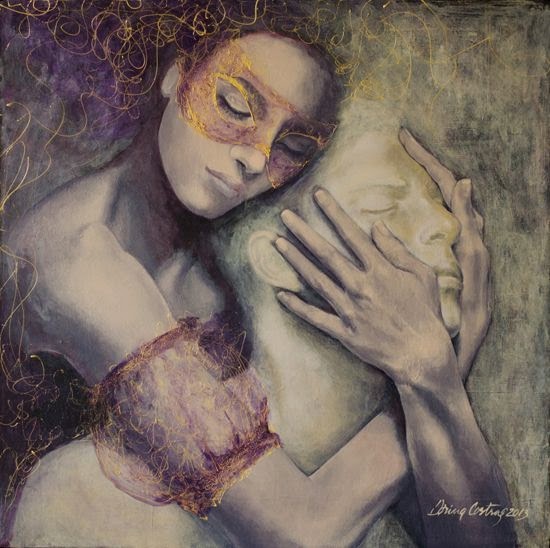 The Young Man continued earnestly, “Unless I am conceited, and I fear this daily, I cannot ever be sure of my decisions. I know they are flawed. Or likely to be in the long term. This is my concern, not for the decisions of the here and now, but for my life-decisions.”
His Heart responded, “Yes, how can we know what is best for us when we cannot conceive of what could be best?” She watched the Young Man carefully. His sincerity seemed to make him sad. 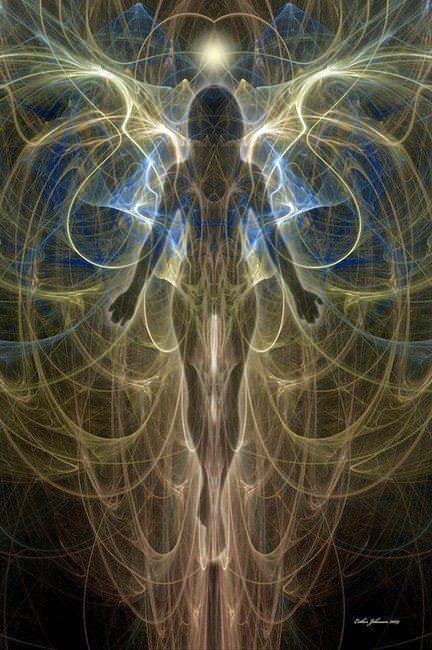 He continued, “I am committed to modesty. I am committed to humility. I refuse to fall prey to self-importance. I refuse. And I refuse to be limited by my own decision-making ability. I cannot continue any longer in this way. I have to change. Will you change with me Dear Heart?” This was a matter they could only undertake together. They were one Heart.
She had already changed. “Yes, I will. I will embrace a new way of living. We cannot honestly continue in this way if we are serious about our path. Our decisions are limited.” She looked at him, open to solution.
“I have given this much thought,” he said somewhat obviously. “Since we cannot trust any decisions made with limited information, we need access to Universal information. I intend to look outside myself for answers. I am too limited, I will look to the Universe for answers. The Universe has access to Universal information.” He stopped here. So much was still unsaid.
The implications were enormous. They explored these, feeling them, shaping them, bending to them. They extended themselves into the unknown consequences. Their world was shifting, they wanted to shift with it. They wanted to be sure. Enthusiasm could be dangerous they knew. Eagerness to search and find truth likewise had led them astray. Making sure this was a true and good decision was foremost on their minds. 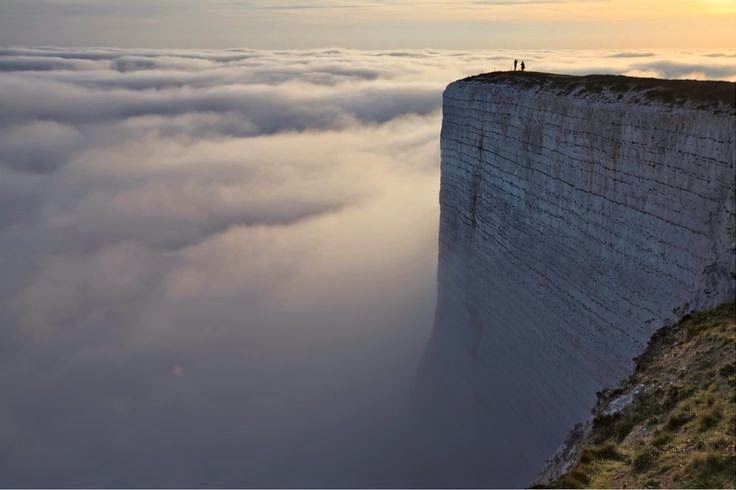 They were alone in that moment. Alone as never before. They were naked with themselves. They knew there was no going back. Even if they decided to remain the way they were, they would be changed forever by this knowledge. It would not be a comfortable life to live. Knowing they were always flawed in their decisions would be a compromise they would not endure easily. The decision to change was one they desperately wanted to make. Their earnest desire to learn, to improve, had driven them. It was not something they did, it was who they were. It was what they did, on the inside. It was not only their primary focus, it was their predilection. 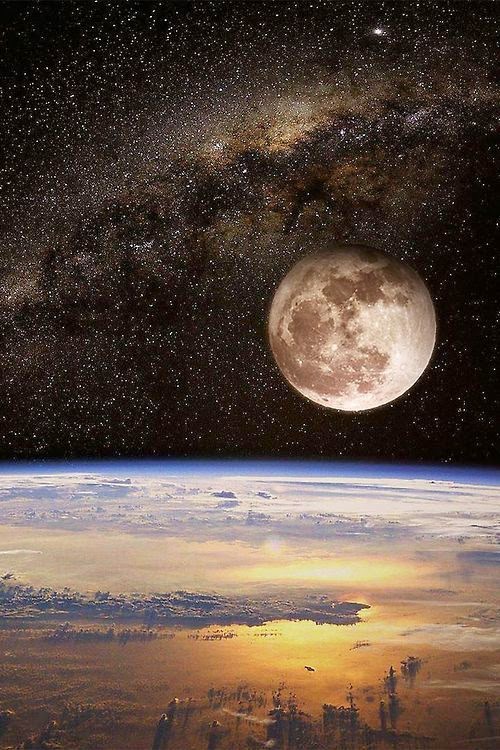 Their concern was rashness, eagerness, desperation perhaps. These, they were aware, could corrupt even the best of intentions. They came to this point not as an exercise of intellectual curiosity, not as an exploration of what could be, but as a result of their sobriety. They were now fully engulfed in that sobriety. Face to face with the full sobriety of the moment. What to do?
Continue living as they had been, or change to living in a way where their decisions were made according to Universal information? This would be a radically different Way-of-Living. Requiring them to be courageous. They would have to be prepared to do whatever was dictated by force-of-circumstance and the flow of events.

Not making any decisions based on internal information only, was not something lightly undertaken.

How exactly would this work? What would the decision-making mechanisms be? They knew, but not clearly. It was something they intuitively understood. At that moment however, this understanding was not a fully detailed knowledge. Answering this question would be a part of their path to come, if they decided to traverse this path… 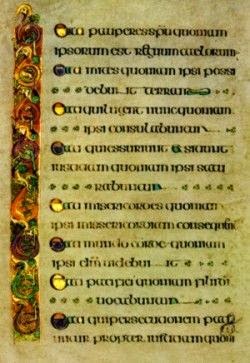 An early fall bit of wind swirled unexpectedly. A sheet of paper fluttered to the ground. It was not a windy day. The paper was not litter. It was Anomalous. It was a pamphlet. Maybe someone had dropped it. No-one was around. Even a pamphlet was unusual. They had never seen one like it. The heading had the word Heritage prominently featured. It consisted of a list of points concerning living.
Phrases like “manifest destiny” and “embrace your heritage’ grabbed their attention. These phrases seemed peculiarly incongruent in the text of the pamphlet. They understood immediately this was a communication just for them. The ordinary meaning of the pamphlet was barely comprehensible. They were spellbound by the abstract meaning. It was abundantly clear. As clear as any message could be. The question foremost on their minds, and which they had spoken out aloud; was should they embrace Universal decision making? Should they change their lives to live lives where their decisions would be influenced by the Universe? They were sincerely earnest in wanting to know if giving up on personal decision making and switching to Universal decision making was a good idea. 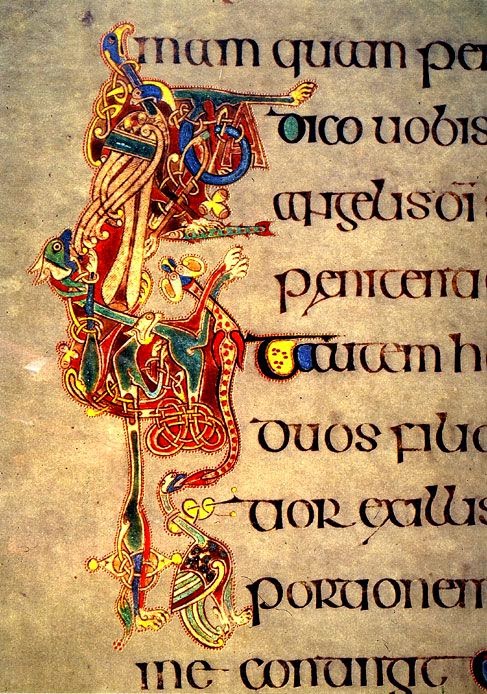 The communication from the pamphlet was obvious and apparent. They understood heritage to mean the heritage of all humans to have access to Universal input. They understood manifest destiny to mean their destiny manifesting right there and then at that very moment. They were overwhelmed. Not only had they received an answer, but the way they had received the answer was so incredible. 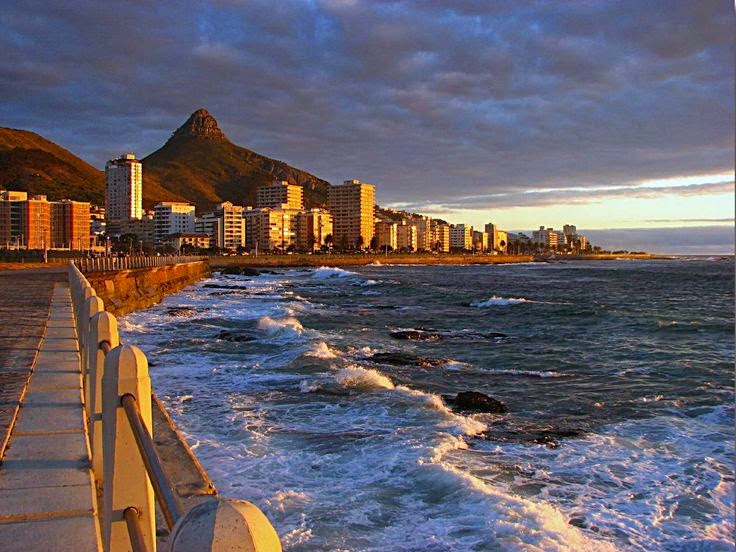 They understood that the relationship between them and the Universe was one founded on intent. They would have to figure things out for themselves, but at the same time the Universe would always be there to assist when needed. There was a reason why the Universe could not communicate directly. At that time they were not able to express why precisely, but they knew. 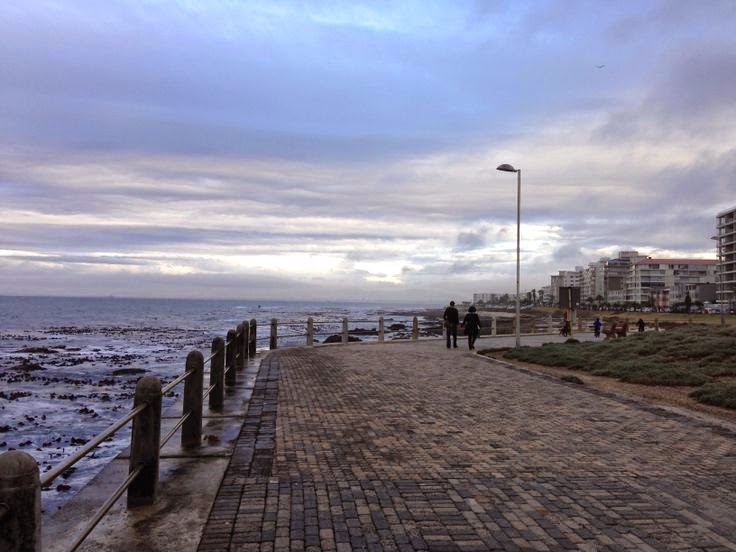 They would have to be attentive, to watch for clues and subtle shifts in the flow of things to get the guidance they desired. This felt good to them. They valued their independence, and the value of figuring out things for themselves. It was when those limits were reached that the Universe would come into play. As it had at that momentous moment. 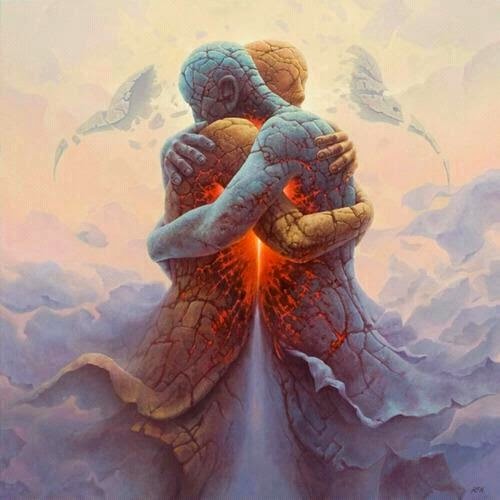 The Young Man hugged his Heart fiercely, and for a long time. Staring into each other’s eyes they confirmed the commitment to their intent. “From now on everything we do will be because of the Universe,” he said softly.

“Yes, we will look outside ourselves and not only consider our own decisions,” his Heart said. “From now on we will follow wherever the Universe may lead us, no matter how strange and odd it may seem. We will just have to Trust. We have no choice, as we have come to the conclusion we cannot fully trust ourselves.” 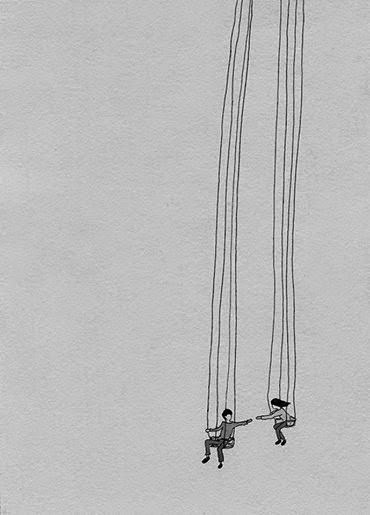 “Yes, yes,” the Young Man agreed, almost reverently. He was entranced by the moment. The awesome and unbelievable chain of events amazed him. He made an effort to review everything that had happened, to make sure they were not construing events to suit their ideals. He could find no flaw in themselves and their conception of events. The conclusions were inescapable.
They would live their lives in Attunement with the Universe from that moment on. It would turn out to be the most profound choice they ever made. Starting them on a journey that was inspiring, exciting, fulfilling and so incredibly rewarding they would find it difficult to express the awesomeness of that decision and all that followed from it.

And still does to this day.

All made possible by their complete and enduring Commitment to each other. They were indeed each other’s Hearts. 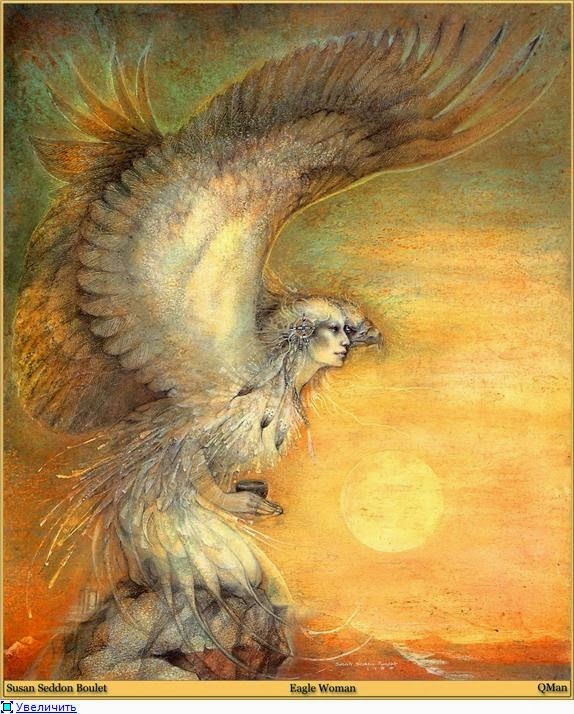 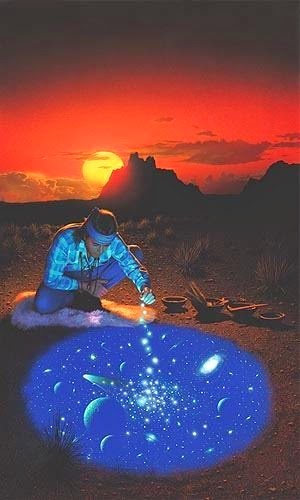 [The pictures of the beachfront are where the story took place.]