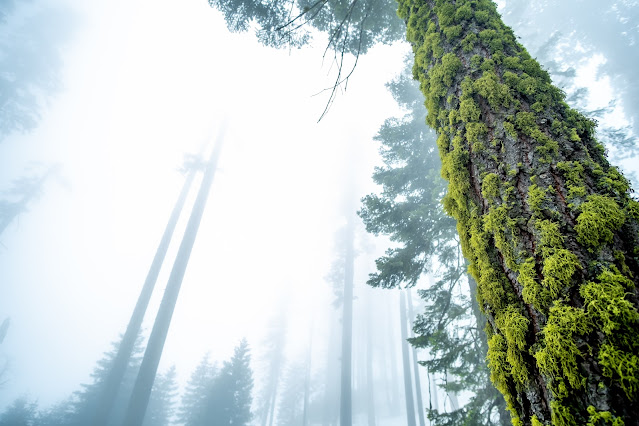 Excerpted from: The Biella Series

K: I’m going to a Rumble and the topic is,
“Are some humans “superior” to others?” 🙂

Biella: Most excellent and most interesting.
Manifestations of Intent. (Or Focus) 🙂

Biella: This kind of thing happens so so so often to me,
something relevant and pertinent which has been a subject of focus,
comes up in other areas of my life.
Happens to everyone ofc,
but most don’t notice.
When things are too preposterous for regular logic,
we tend to ignore them.
But the world doesn’t work the way we think it does.

Ah, also…
the argument against Superiority is the Effort-Reward Circle.
Thus,
someone has what seems like advantageous qualities or attributes,
but,
especially if we look closely,
there’s inevitably additional effort required
in acquiring and maintaining those qualities.
Life is marvellously balanced when it’s regarded
from the perspective of the Effort-Reward Circle.

That’s indeed why it is a circle.
There’s no better or worse on the Effort-Reward Circle.
Where we are on that circle,
is purely a matter of Personal Choice.
How much effort each individual deems to be worth the reward
is an evaluation that only the individual can make.

Motivations, goals, predilections, ambitions, Life-Paths etc.
are all so incredibly varied,
and personal.
We can never really be sure what precisely
are the internal circumstance of an individual.
The individual themselves are seldom privy

to all that’s internally involved.
Abilities take time and effort to acquire.

But…!!!
We see naturals and believe they are the exceptions
who prove Superiority exists.
But ofc,
that’s only when we look at specific Attributes, qualities, and skills.
“Naturals” are typically so in one area only.
The rest requires effort like anything else.
Also, just having a special ability and talent,
and maintaining it,
applying it and dealing with others who don’t have it,
all require effort.

And that’s only when it comes to abilities, attributes, talents etc.
They rather obviously do not make for a “Superior” Person.
When we actually goes into detail as to what “Superior” actually means,
we’ll discover a wide variety of definitions and Perceptions.
If we take “Superior” to be moral and ethical
there’s no question of the Effort involved.
The more we apply those,
the more the efforts involved escalate.
Again, it’s an exponential escalation.

Then we come to Awareness, intelligence, cleverness etc.
All of these have the same factor involved:
The more you know,
the more you know how much more there is to know.
Thus the efforts and energies involved rise correspondingly.
For those who believe,
these qualities are inherently superior and valuable,
they but have to look a bit more closely
at what it actually takes

for those who have these qualities or abilities,
to acquire them.
It’s all too easy to become overwhelmed

by the sheer mass of data thus perceived,
and the stresses which result from this.
Having more options thus is a blessing and a boon.
And again,
it all balances out. 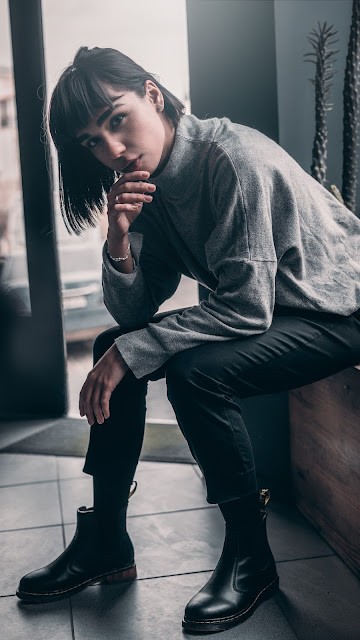 Therefore “Superiority” is a myth.
A myth of perception.
We see the results
without considering the efforts required to obtain them.
When we include effort as a consideration
and weigh it against reward,
it’s not a simple matter at all.
Then it comes down to personal choice.
No-one can say any choice is “superior” to any other.
No matter how much WE may deem it to be,
our perception of superiority is based on personal factors.
When it comes to Effort-Reward
there’s no objective standard which can be applied.
that to them,
everyone
is fine just where they are.

The New Nobility simply see Difference.
And they love it, they Difference.
People in general love them for this,
because they truly do see it this way.
They have thus successfully managed
to unhook from the myth of the “Superiority” Paradigm.

Once we know,
Understand, and fully comprehend,
the Effort-reward Circle,
how can we feel “superior” or “better” than others?
How?
Anyone who has made the efforts required for self-improvement
knows that often the rewards don’t seem to be worth the efforts at all.
Because once we embark on this path,
improvements lead to further areas which require Attention.
What’s an improvement to me is not so for another.
So how, just how,
can anyone who is Aware of these factors,
still believe in “Superiority” and feel so?

This brings us to a peculiarity of psychology.
We’ve simply come to believe we “should” strive to feel superior,
and that this is a real Value.
It’s based on raw survival values
where superiority sometimes did have real benefits.
But again, ofc,
even there,
it was Effort-Reward.

One might argue that when it came to surviving or not,
making that extra effort,
actually did result in superiority of a sort.
But then,
if one is surviving at the expense of another,
how “superior” is that? 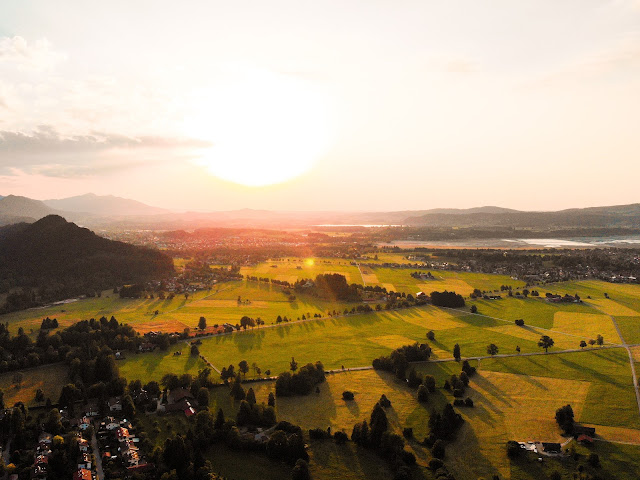 Community, cooperation and utilising the benefits
of the whole being larger than the sum of the parts,
is far more effective and efficient when it comes to survival,
and indeed also when it comes to evolution.

Community is where one might argue “superiority” actually resides.
The notion of a “superior” individual
when compared to community and society
makes the very notion irrelevant.
But psychology hangs onto this idea of “superiority,”
even if it’s merely relative.
How “superior” is any individual compared to a god,
or the Universe?
Not very much at all.
So to be enamoured by relative superiority,
even if it actually existed,
seems absurd in this context.

The idea and notion superiority is somehow inherently better
and makes us “special” and thus worthy of attention,
and thus praise and adulation and so on,
is an idea which is so entrenched
it’s difficult for many to escape from.

But this is merely an assigned value,
not a real Value.
We merely believe there’s Value to ego, status, praise etc.
As celebrities regularly discover,
the reality is not as desirable as it was believed to be.
The bottom line truth of it all is that ofc no amount of outside approval
can mitigate the internal realities of self,
or compensate for them.
In the end we have to deal with the internal truths of our Beingness.
Only then,
when feeling good is internally generated,
do we truly feel good.
And then ofc,
external sources become irrelevant.

Thus… when it comes to “superiority,”
it’s again an empty myth,
a worthless pursuit which generates no real value.
That’s not even taking into account the extra efforts required
to obtain these supposed benefits.
Yet many cling to this idea.
Often because they simply do not have access to alternatives,
or,
they do not wish to deal with the internal Awful Truths
they believe lurk within.

“Superiority,”
and all of it’s associated connections and implications
is therefore a myth of convenience.
Typically it’s a handy cop-out for not accepting the reality of self,
and all of the implications inherent in full Self-Honesty.

All of this has not been considered from the perspective of:
We-are-all-One.
There’s considerable argument, logic, reason,
and also evidence,
to support this perspective.
If everyone else is merely an aspect of myself,
a version, an alternative path,
a representation of different choices and their consequences,
then how could I possibly be superior to myself?
And, as many spiritual and religious traditions so firmly believe,
that we and the Universe, or us and God,
are in the end all One,
then how can superiority even exist?
It’s thus a fictitious and irrelevant concept.
As such it should be assigned to the rubbish bin of false conceptions.
“Superiority” is a virus of the mind when looked at in its entirety.

Haha, it’s a topic that’s important to me.
I hope maybe there’s something useful in there for you to use.

“How superior is “Superiority” really
when one considers the efforts involved to be so.
Is it really worth it?
Who can say?
Only the individual.“

Biella: The Effort-Reward perspective helps inordinately.
It gives people something to work with when considering
where they are at in Life.
So, it might be superior,
but is it worth the hassle?
That makes people at ease with their life-choices,
and that’s excellent. 🙂
And ofc,
when one then realises it’s all about personal choice,
well, then it all becomes simple,
and we realise there’s only differences of choice.
Most excellent to me.
And powerful when it comes to personal psychology.
How can we feel “special” or “superior”
when we realise, what we are,
is simply a function of our choices in regard to effort and reward.
🙂 <3

This,
to me,
an Everything-Changing Perspective. 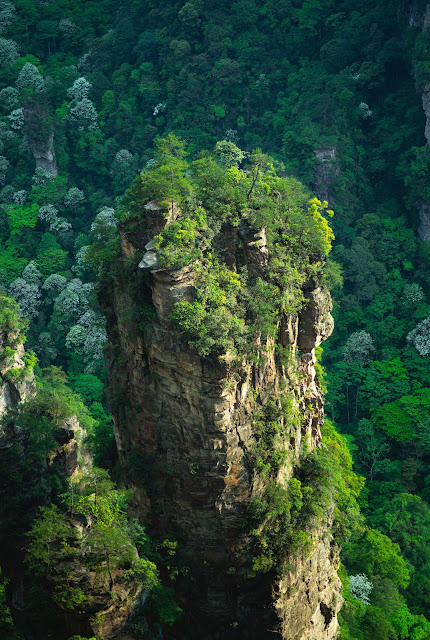