The Implications and Consequences of Profound Immersion – Part 1
Podcast: https://anchor.fm/nobelia/episodes/The-Implications-and-Consequences-of-Profound-Immersion-Part-1-e1t2dfhttps://Anchor.fm/Nobelia

From a letter to a friend:

…The cats dying after such intense personal care, connection, and bonding will have a major effect on you. I suspect this is a bigger long-term factor than may be realised. Even if they survive, the connection to them ailing is intense, and can have a profound effect on one’s system. Some of us have to stay away from such interactions. We are too intense, and connect too deeply. 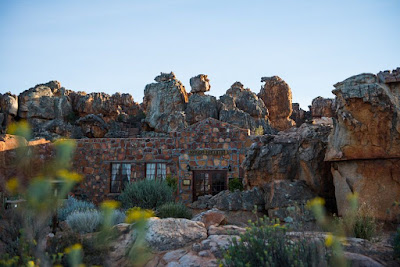 Now I have to tell a story to illustrate:

My Heart and I had a small restaurant on top of a mountain on a private game reserve. One night we wake up, for no reason we can discern. But we know something is wrong. A while later there’s an urgent knock on our door. Where we are is not near anyone, so we know there has to be trouble for anyone to come knocking at that hour.

It’s one of the staff. They live in a compound on a separate part of the game ranch. One of the women who had helped us for a short while is there, bleeding profusely from a head wound. A knife or broken bottle we gather, from a big fight. I go to the ranch manager’s house. It’s further from the compound and a fair distance from where we are. I don’t have transport available so I have to go by foot, about a twenty-minute walk.

Even though the woman had worked briefly for us in the restaurant, she is still the ranch manager’s responsibility. But he is reluctant to become involved. I explain the situation making little headway. Eventually he says I can take the ranch pick-up truck and drive the woman to the hospital. It is about a three-hour drive. Most of it on dirt roads. We are fairly remote out there on top of that mountain plateau.

My Heart, the bleeding woman, and I, squeeze into the front seat of the fairly small pick-up truck. It’s dark and the woman is half-unconscious, moaning in ways which are disturbing. She’s losing too much blood. A dark night and of course there’s no lighting except for the headlights.

As we come to the main descent down the mountain we now have the full moon which has newly risen directly in front of us just above the horizon. A blood red moon. I have never seen a moon that colour. It was red, blood red. A full-on Blood Moon. It’s directly in front of us for the entire descent. Gives me goose-bumps just writing about it. We take it as an omen, and the pressure to get to the hospital on time is greatly intensified. 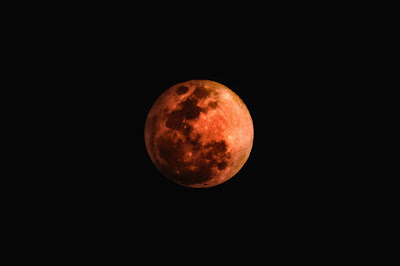 We finally get to the hospital just before dawn. The woman is unconscious by now. She’s rushed into the emergency room of the small hospital. We’re in the same room while the medical staff attempt to give her a transfusion. Odd in retrospect. The first nurse is unable to find a vein. There’s insufficient blood and thus not enough blood pressure. The attending nurses are distressed, scrambling to call and find the head-nurse to get her to try and find a vein. The head nurse comes, and with great difficulty and some trial and error finally finds a vein.

It’s a last minute movie style to-the-second saving of the injured woman’s life. Another minute, literally, and she would have died.

As dramatic as all that was, it’s not the point of the story. After…