It’s so funny how things work and come about. In high school, I focused on psychology, particularly as it applies to self-improvement, but, this was not part of psychology then, and it really bothered me. I came up specifically with Positive Psychology. That term and that focus and understanding of it as using psychology positively and for self-improvement. It troubled me that it wasn’t a part of psychology, and that traditional psychology did more harm than good because of the Emphasis Effect. 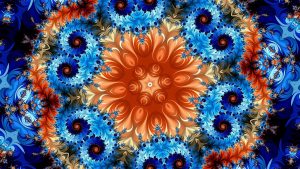 My conception of Positive Psychology was to do the exact opposite. Via Emphasis to grow the positive so large and predominant that the negative had no space to exist.

Well it took 20 years, but finally in 1999 Positive Psychology became an official thing. Now it is huge, and growing. Most excellent indeed. It will lead to a psychological revolution. Still has a ways to go, but it’s starting on the compounding stage now. Most exciting.

🙂 😀 Lol, ofc, I didn’t have anything to do with Positive Psychology becoming a thing, not directly in any way I can think of, as it was a perception and cognition that was mostly private. But, it is an example of Extrapolation, as it was simply to me an obvious evolution of psychology as a whole, an inevitable outcome. Much is like that, if we but take the time and make the effort to Think Things Trough. (TTT) Especially to the very end.