Skip to content
Podcast: https://anchor.fm/nobelia/episodes/The-Science-of-Personal-Change-Via-Emphasis-e2icpb
“The way we unlearn, is by replacing.”

An article popped up just now which explains the science of “unlearning” by Replacing.

I’ve been focused on this in the past few days, and as happens to me when I do that, it “brings” related subjects into my world, because I’m more apt to notice them and filter what I’m interested in from the huge mass of information which constantly flows past.

I was explaining just prior to reading the article how focus and Attention enhances this noticing, particularly when concepts are New to the World, since there is a vacuum or paucity which we then fill.

Thus, the mechanism explained scientifically below not only applies to our internal World, but to our external as well.

The emphasis in bold below is mine. Comments in Italics and inside [ ]s are mine

There’s an old saying in neuroscience: neurons that fire together wire together. This means the more you run a neuro-circuit in your brain, the stronger that circuit becomes. This is why, to quote another old saw, practice makes perfect. The more you practice piano, or speaking a language, or juggling, the stronger those circuits get.

[Why Unrelenting Positivity is so Imperative.]

Imagine your brain is a garden, except instead of growing flowers, fruits, and vegetables, you grow synaptic connections between neurons. These are the connections that neurotransmitters like dopamine, serotonin, and others travel across.

“Glial cells” are the gardeners of your brain—they act to speed up signals between certain neurons. But other glial cells are the waste removers, pulling up weeds, killing pests, raking up dead leaves. Your brain’s pruning gardeners are called “microglial cells.” They prune your synaptic connections. The question is, how do they know which ones to prune?

Researchers are just starting to unravel this mystery, but what they do know is the synaptic connections that get used less get marked by a protein, C1q (as well as others). When the microglial cells detect that mark, they bond to the protein and destroy—or prune—the synapse.

This is how your brain makes the physical space for you to build new and stronger connections so you can learn more. 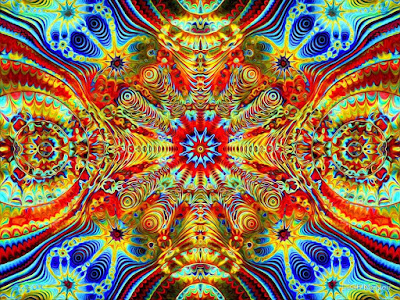 [What we pay Attention to becomes a more potent part of us. What we Immerse in is thus critical.]

Have you ever felt like your brain is full? Maybe when starting a new job, or deep in a project. You’re not sleeping enough, even though you’re constantly taking in new information. Well, in a way, your brain actually is full.

When you learn lots of new things, your brain builds connections, but they’re inefficient, ad hoc connections. Your brain needs to prune a lot of those connections away and build more streamlined, efficient pathways. It does that when we sleep.

Your brain cleans itself out when you sleep—your brain cells shrinking by up to 60% to create space for your glial gardeners to come in take away the waste and prune the synapses.

Have you ever woken up from a good night’s rest and been able to think clearly and quickly? That’s because all the pruning and pathway-efficiency that took place overnight has left you with lots of room to take in and synthesize new information—in other words, to learn.

This is the same reason naps are so beneficial to your cognitive abilities. A 10- or 20-minute nap gives your microglial gardeners the chance to come in, clear away some unused connections, and leave space to grow new ones.

Thinking with a sleep-deprived brain is like hacking your way through a dense jungle with a machete. It’s overgrown, slow-going, exhausting. The paths overlap, and light can’t get through. Thinking on a well-rested brain is like wandering happily through Central Park; the paths are clear and connect to one another at distinct spots, the trees are in place, you can see far ahead of you. It’s invigorating.

And in fact, you actually have some control over what your brain decides to delete while you sleep. It’s the synaptic connections you don’t use that get marked for recycling. The ones you do use are the ones that get watered and oxygenated. So be mindful of what you’re thinking about.

If you spend too much time reading theories about the end of Game of Thrones and very little on your job, guess which synapses are going to get marked for recycling?

If you’re in a fight with someone at work and devote your time to thinking about how to get even with them, and not about that big project, you’re going to wind up a synaptic superstar at revenge plots but a poor innovator.

To take advantage of your brain’s natural gardening system, simply think about the things that are important to you. Your gardeners will strengthen those connections and prune the ones that you care about less. It’s how you help the garden of your brain flower.

These are the Interests, for me, to be perpetually focused on. There are more, but they are all inter-connected so the more of these we focus on, the more our brains automatically connect them to related Concepts. By this Continuous Focus and Attention we *Literally* change how we see and experience the World, and thus, we literally also change the world. Because, Positivity, like negativity, is an Actual Force, and the more we exude it, the more it affects the World around us. What we immerse in is therefore of the utmost and supreme Importance.

I listed many Concepts to focus on and pay Attention to, and I have many more in my Key Concepts file. Now it may seem a lot at first, but if we focuses on the main ones, like Appropriateness, Unrelenting-Positivity, Attunement to the Universe, the Enhancement of Awareness, and *Insisting* it All Makes Sense, all the others flow from these Understandings.

Once we have paid Continuous Attention to those for a while, and have strengthened their synaptic bonds, made them a Force inside us, then adding the other concepts comes easily, because the brain is now *Literally* wired to see and find more of the same, more Concepts which are related. It’s why when we insist it All Makes Sense, we eventually see that Sense. In the Meantime, we have to Immerse, Focus, and pay Attention to Trust, Trust that it *DOES* Make Sense.

This is why: “The way we unlearn, is by replacing.”

(I originally encountered the science article on: Hands That Hear You )

See also:
Arranging the Mind
The Reality of Perception
Self-Leverage via a Hero: The Positive Nurse
The Tools of Change Part 4.1 – Manipulating, Attention, Care, Threat