“What are the positive thoughts on ignoring?“

Dear Questioner, ignoring is a peculiar beast. It doesn’t conform to the usual logic. What we assume it is, it isn’t. 🙂 To ignore is actually to pay a particular kind of Attention. This seems contradictory at first, but when we look closer we see it is so.

However, once we understand that ignoring is a particular form of Attention, then we can use this Understanding to positive effect. Instead of focusing on ignoring, we can instead shift to a more potent, useful, and manageable perspective and strategy. We instead employ Emphasis. Deliberate and Selective Emphasis.

For instance, our objective is to ignore the ceiling, but instead of focusing on the ceiling, we instead pay full Attention to the floor. We immerse ourselves in Selectively Emphasising the floor. Now all our energy and Attention is on the floor. The ceiling fades and as we slip into full immersion of the floor or something else, the ceiling is de-emphasised.

This brings us to another aspect of ignoring and Emphasis, the mechanism the mind-brain uses, which is importance. How much we deem something to be important is what determines Emphasis, and to a large measure, Attention. This is a mental strategy we can deliberately employ. We have to regard what we wish to ignore as unimportant, inconsequential, meaningless, trivial, insignificant, and at the bottom of the order when it comes to importance. At the same time, we need to make sure that what we choose to pay Attention to instead, what we focus on and what we hope to immerse ourselves in, is important to us. Importance can be interest also. To the mind-brain they are the same. 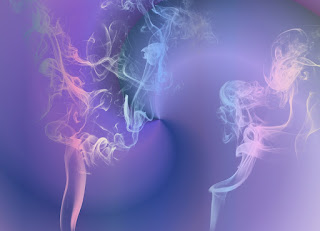 Thus the entire trick to ignoring lies in shifting focus, Attention, and Emphasis. We can’t really ignore, so we place our energy somewhere else instead. And this is the key also to positive ignoring, it all about what we do with our energy, where we invest it. Our energy, much like sunshine, will grow whatever it falls on, weed or not. It’s up to us to be selective and judicious as to what we grow with our energy. But we have to understand that it’s all about directing that energy toward something positive, rather than focusing on ignoring the negative, all that does is connect us to the negative, and is counterproductive. Instead we have to immerse in the Positive, making it our paramount Emphasis, and develop the habit of Unrelenting Positivity!