The Chronicles of Countenance

“Do you feel that Facebook adds genuinely positive things to your life? If so, what are they?“

Facebook for me is most decidedly impactful because it allows for Attunement; a window to the world, seeing what’s happening out there, what people are thinking, where they are at, their inventiveness, their quirkiness, their joy. Being privy to seeing new inventions that could, can and does have positive impact on the world. To connect and experience poetry, art, music, photography, dance, gardens, architecture, design, etc.. is so amazing. The exploration of the world through others’ experiences is phenomenal – we get to explore ideas and see trends, patterns and the flow of the river of life in its mundanities and extra-ordinariness. That is such a boon and a blast.

The More… since you asked so specifically, I can only respond by coming from my particular Personal Perspective. First, the issue of Face, or Countenance. In the abstract, this represents our honour, our Integrity, the sum total of our character as a representation of the interface between us and others, and thus the public at large as well. Face is a big deal thus, hence the word interface. It’s our connection to the world.

If Integrity is paramount, a huge deal, as it is to me, then Face takes on even more significance. Face has much subtlety to it. When we combine Integrity and Appropriateness, which are further Core Concepts to me, then Face takes on more significance. There’s an Appropriateness to having a public Face, one which has differences to our private Face.

When we engage with a public Face, and we maintain Integrity, it means our public Face is not a false one, but a true and genuine representation. It might not be the totality of us, this we assume is taken for granted by most. It’s phenomenally difficult to accurately communicate the totality of ourselves, especially if we love to learn and grow, if Change is a major part of who we are.

Thus our public Face is a particular challenge. It has to not be false, not be misleading, but also be Appropriate for what it is. As well as, most critically, not being limiting or over-defining, boxing us in and preventing change or causing problems when we inevitably do change. 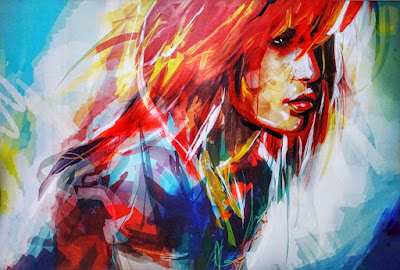 How does all this apply to Facebook, besides the name connection? When making posts, for me, I consider all of this. The symbolism of the name is something which I like to, and choose to, pay Attention to. When I make a post, there’s a massive difference between making a public post and something I may say privately to a good friend. I can afford to be less than rigorous with a friend. They know me well enough to know what I say, can often be statements which I may believe at the time, but have not yet had time to think through and they won’t hold me to those, unless they’ve checked with me.

However, when making a public post, and it does not matter in the least how many actually see the post, just the mere fact that even one person could, changes matters significantly. I take the responsibility of putting information, opinion, perspective, values, beliefs, and even speculation out into the world most seriously. Anything has the capability and capacity to affect others. Especially since I am acutely Aware of the contagiousness of negativity, a responsibility which impacts on my Ethics most seriously.

Thus my Face on Facebook is a big deal to me. It is one I have to fully be able to stand behind. But, I wish to answer your question, not just relate my personal philosophies. How does all this add Positivity to my life? It’s massively Positive to me because of the Leverage it provides me. Because of those Perspectives of mine, because of my Integrity and Ethics, I cannot post in a way which is casual, I cannot make posts of any kind I’m not prepared to stand behind, which leverages my writing, my communications.

This applies particularly to me as I see Facebook as a publishing platform. As I do all social media. Indeed, from a legal perspective, whenever we post something, we are publishing. Knowing that when I post to Facebook, I am not only publishing, but I am making a representation of my Face has a profound effect on me. It makes me more diligent, more scrupulous, more thoughtful. It would be easy to assume it would thus also make me more cautious, more conservative because of being more careful. But actually, that is not so.

Because Facebook is so wonderfully diverse, and despite protestations to the contrary, Facebook is actually phenomenally tolerant of diversity. And I love Diversity, I celebrate diversity. This openness to diversity allows me to plumb the depths of the range of perspectives, beliefs and philosophies I hold, develop, have developed, and continue to explore and extend. I can put out there what needs work, what I would like feedback on, what I wish others would collaborate with me on. I can elicit commentary and discussion. All of this is phenomenally Positive.

Facebook especially, because of it’s connection to Face, thus leverages my Earnestness, both in what I post, and also by putting me into contact with Earnestness. Earnestness is somewhat like catnip, in that it has a profound effect on me. Earnest questions in particular do something to me, causing something to happen inside which then connects me to so much more than I would otherwise have access to. It’s as if Earnestness just pulls responses from me.

A bit More… Taking all of the above, and putting it together in terms of looking at all of me when I post and interact on Facebook, I approach posting from a Stance of Earnest, sober, serious, thoughtful, joyful, Positivity. Or try to as much as I’m able. But there’s a greater impact in play. All those Perspectives and Attitudes I bring to bear represent my Intent. This Intent with which I interact and post on Facebook is powerful to me.

In many ways, the most Positive of which is the refining of my Intent in general, the clarifying of my Intent, and the furtherance of my Awareness of what my Intent is. A powerful Positive addition to my life. Knowing our focus, our essence, our Resonance, knowing what’s important, meaningful, being connected to Purpose, all of these are encapsulated in our Intent. The more Aligned we are with out Intent, the more Attuned to life we become. A massively Positive benefit. 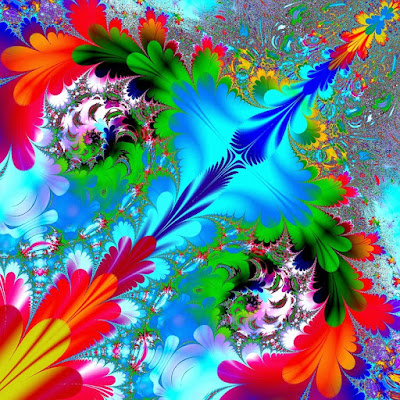 Just like negativity, so too Positivity is contagious. Facebook actually is setup to increase that contagiousness, by spreading more of what we put out, what we like, what we connect with. Thus, if we are consistently Positive, interact with what is Positive, Facebook soon becomes overwhelmingly Positive. Those who experience Facebook negatively only have themselves to blame. In this respect, Facebook is much like life. It might seem artificial to some, but it’s an impactful choice we can choose, especially if we consider Facebook as primarily entertainment.

There are plenty of other avenues for accessing the full range of what goes on in the world. I don’t see Facebook as needing to be that avenue. Indeed it was not setup to be that. From the start, it was setup with a Positive Intent to be a Positive mechanism for connecting the world Positively. At least that is my understanding. Even if it is not entirely accurate, it’s an understanding I like to hold, and will do so as long as it’s tenable.

But above all, what makes Facebook especially Positive to me is the incredible range of options it presents. Always, in anything, whether we experience it Positively or negatively is up to us, but usually we don’t have the ability to choose from so much. With Facebook we have that choice, and it’s most incredibly Positive.

The Way-of-Impeccability – Going to Knowledge