“How correct is the statement that happiness always comes from within? If so, why do citizens of some countries consider themselves happier than citizens of others?“

Something happens, we perceive that something, and it results in us being happy. Because of this, we assume the outside source made us happy. But, how often do the same things make us happy and unhappy, at different times, depending on our mood, how we are feeling and other internal factors. Most of us have experienced this as children. Sometimes we are just doing what we always do and we irritate or annoy our parents or teachers. Sometimes asking them a question makes them happy, sometimes it angers them. Or take something more neutral, like the rain. Sometimes it brings us joy, sometimes misery. Same rain, different us.

What determines what makes us happy, is based on our beliefs, and those beliefs influence and affect our perceptions. Moods and feelings are often the results of temporary beliefs and perceptions. Bottom line, our beliefs are ours. We’re in control of them. We cannot be forced to actually believe something. We might be forced to pretend we do, but internally, that’s up to us. It’s those self-chosen beliefs which determine how we react.

Once we realise we are always reacting, then we realise how it is that happiness has to come from within. We are actually in charge of our happiness, but through mis-belief we have largely given up that power of choice. 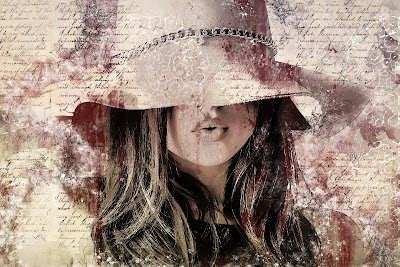 Usually when we see citizens of a country being labelled as the “happiest” or happier than other countries, that’s based on a comparative study conducted from the outside. I have never seen citizens describing themselves as happier than citizens of another country. It may occur with some individuals, but I would question the validity of such statements. How would they know?

Even the studies have to be taken with some measure of leeway. The results may be affected by factors such as the willingness of citizens to respond to questions asked by outsiders. A general cultural humility may affect not only how they perceive their happiness, but how they communicate. A more self-deprecating culture may feel awkward or even boastful or egotistical saying they are extremely happy.

Citizens may consider themselves to be happy in a country because they are happy with the quality of life and their general circumstances. But I doubt if that perception of their happiness is comparative. That would have to be done from the outside. The average citizen is not in a position to know what the happiness levels of another country are, so that cannot honestly make such a claim. Unless they are infected with arrogance, which generally doesn’t make for happiness.

I’d like to answer your questions more precisely, as I believe there is likely a link between the two, but I can’t figure out what it is. Hopefully my responses shed some light on the matter.